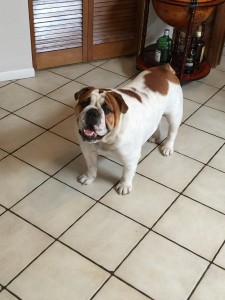 So what if you get charged with a crime for trying to save the animal? To start, if one is charged, trespass is the more relevant charge as I’m doubtful the State could show malicious behavior for a criminal mischief charge to stick. It seems the legal justification and excuse would be that you’re trying to save the poor dog from the idiot that left it in the car!

So can you get a defense jury instruction for necessity if the emergency at issue threatened harm to an animal? According to the Court in Brooks v. State, 122 So.3d (Fla. 2d DCA 2013), the necessity jury instruction is for humans only. (You can wake up anytime now legislature). In Brooks, the court relied on prior case law that found that the term “others” did not extend to animals. “Others” was language in place of “a third person” from Reed v. State, 114 So.3d 969, 972 n. 5 (Fla. 5th DCA 2012). The Brooks court did acknowledge the plain language of the jury instruction and simply found that “a third person” did not include a threat of harm to an animal.

So what does one do in this situation? Legally, I can’t tell you to break the window. That said, you’re going to do what you’re going to do. In situations with the same facts as Mr. Hammons’, in Florida I doubt many cops would choose to arrest the rescuer. In the event that they did, even the most irrational and inequitable prosecutor would likely decline to move forward on a charge for this kind of deed. Ultimately, if the stars align and one is arrested and formal charges are brought, in spite of not being able to get a jury instruction on necessity, a good criminal defense lawyer will bootstrap in a necessity defense through witness testimony that most juries that I’ve seen would agree with. In my opinion, Mr. Hammons very likely won’t be formally charged. So while I can’t advise one to follow Mr. Hammons’ lead, I’m still glad he did it.

Jason Mayberry is a Federal and State criminal defense attorney in Tampa and the surrounding Tampa area. His dogs, Freight Train and Winston Churchill Mayberry, sit on the board of directors of the Mayberry Law Firm and endorse this blog.  You can contact any of them at 813-444-7435 or at 727-771-3847.  Consultations with Jason are free.  The Train and Winston charge three Greenies per hour.