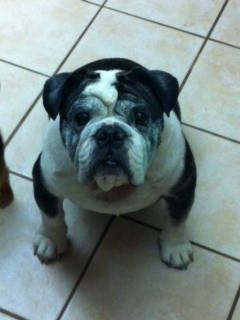 Ask any Tampa criminal attorney what the toughest cases they have to defend are and you’ll likely hear sex crimes and animal cruelty cases. Understandably, both of these types of crimes strike a serious nerve with the general public, thereby making it extremely difficult for a Tampa criminal lawyer to try before a jury. We are all too familiar with the Michael Vick case for dog fighting and subsequent killing of Pitbulls and the general neglect claims where one gets a dog and fails to care for them. This case is odd and depending on how it would be charged in Florida, could be tough for both the Prosecutor and Defense.
END_OF_DOCUMENT_TOKEN_TO_BE_REPLACED

A Jacksonville Beach, Florida mother pled guilty in Duval County Circuit Court on January 30th to four counts of Child Neglect. Dalina Nicholas, 36, is accused of repeatedly selling sex with her 6-year-old daughter to drug abusing and homeless men in exchange for drugs and money to support her own drug habit. Nicholas, originally facing a sexual battery charge has agreed to testify against those men alleged to have sexually abused her daughter in exchange for that sexual battery charge being dropped. Sexual battery under Florida Statute 794.011 as alleged against the other defendants and likely as initially alleged against Nicholas is a Capital Felony with the requirement to register as a Sexual Predator. Generally Capital felonies are punishable by death. However, in Capital cases for rape of a woman or child not involving death, execution has been ruled to be unconstitutional by the United States Supreme Court through their decisions in Coker v. Georgia, 433 U.S. 584 (1977) and Kennedy v. Louisiana, 554 U.S. 407 (2008). As you can imagine, despite the terrible allegations against her, Nicholas has dodged a certain life sentence in her agreement to cooperate with the State. In all candor I believe this is a deal any Tampa criminal lawyer would advise his client to enter into should the implicating facts be overwhelming.
END_OF_DOCUMENT_TOKEN_TO_BE_REPLACED

15 year old Lakeland, Florida girl, Cassidy Goodson avoided life imprisonment and a first degree murder charge this week by accepting a reduced plea offer of manslaughter. In accepting the plea offer Goodson will face a sentence of at least 18 months in a juvenile state facility. Goodson was arrested in September after giving birth to a 9.5 pound baby boy. Apparently Goodson’s parents knew nothing of the pregnancy and Goodson was able to have the child in a bathroom of her parents’ home. Upon giving birth Goodson told police that she then strangled her son and put him in a shoebox to further conceal the incident. Ultimately Goodson’s mother found the deceased infant in some laundry and called local authorities.

When questioned by police Goodson described the scene in that she turned on the bathroom water to cover any noise of the birth and delivered the infant into a toilet, checked for a pulse, and ultimately proceeded to asphyxiate the child. An autopsy performed on the infant confirmed the cause of death.

Originally when Cassidy Goodson was arrested there was an intent, at least facially, by the Polk County State Attorney’s Office to charge her with first degree murder as an adult, while seeking life imprisonment. This in fact was the case up and until Goodson’s criminal defense attorney was able to negotiate a plea deal reducing the charge to manslaughter and allowing her child client to serve a sentence as a minor. Though manslaughter is an extremely serious charge, this is a very good deal for Goodson and both the prosecutor and criminal defense lawyer should be commended for their hard work.
END_OF_DOCUMENT_TOKEN_TO_BE_REPLACED

A mother of two young boys and their grandmother are facing serious charges for making a 1 year old and a 5 year old little boy pose for pictures with marijuana. Leslie County, Kentucky deputies allege that grandmother Beth Hensley and mother Tracey Hensley took pictures of the two boys with marijuana joints and a large marijuana bud near their faces. The picture of each boy with the joint shows the joint in the boys’ mouth while someone appears to be trying to light it. Grandmother, Beth Hensley, was reported to authorities after attempting to have the pictures developed at her local Rite-Aid.

Beth Hensley is currently facing trafficking marijuana, possession of marijuana, and cultivating marijuana charges. Tracey Hensley is currently facing similar charges in addition to endangering the welfare of a minor and unlawful transaction with a minor. As to be expected, the children were removed from the home by social services and placed in the care of a relative. When questioned by police, the sagely mother-daughter duo explained that the joint was not filled with marijuana from the gigantic bud in other pictures, but rather they were going John Wayne style and smoking a large cigarette full of Prince Albert tobacco. Yes, totally believable. When ultimately questioned as to their motive for this exotic photo shoot, mother of the year Tracey Hensley responded that “it was just something to show them later on in a picture album how crazy their grandma was.” Crazy indeed.

Ladies, ladies, ladies. Not the best idea you’ve ever had. Not only are you facing ridiculously serious charges, it may be tough to get those kids back in your care. As Floridians we’re used to “weird news” so things like this should come as no surprise. In fact, our Tampa criminal lawyers represented an individual with similar facts who accidentally sent his kid to school with marijuana and scales in the kid’s backpack. If one were to reenact Miss Kentucky and Miss Kentucky runner up’s tomfoolery in Florida, they could face similar charges.
END_OF_DOCUMENT_TOKEN_TO_BE_REPLACED

Douglas Kennedy, son of former Senator and United States Attorney General Robert F. Kennedy, was acquitted Tuesday of harassment and child endangerment charges in New York. Kennedy, also the nephew of former President John F. Kennedy, was accused in January of kicking a nurse in the pelvis and twisting another nurse’s arm as he was attempting to take his newborn son from the maternity ward to get some “fresh air.”

The entire incident was recorded by a security at Northern Westchester Hospital. Cari Luciano, one of the alleged victim nurses, testified that as Kennedy attempted to get to the stairwell of the hospital, his baby’s head was jostled and unsupported. Luciano testified that she instinctively reached out to steady the baby when Kennedy kicked her in the pelvis. Marian Williams, an eyewitness nurse, testified that Kennedy’s kick met with “such force” that it knocked Luciano off her feet.

Kennedy’s case really alleges nothing more than a battery charge, coupled with New York’s specific version of a child abuse or child neglect charge. Using Florida law for our analysis, battery would be the only charge applicable under the facts as reported in the Kennedy news story.

First to address and then discount an allegation of abuse or neglect to the infant, the only statute under Florida law that would be applicable to this factual scenario would be Florida Statute 827.03. First, there is no reasonable allegation of child abuse as there is absolutely no willful or intentional act to cause harm to this child. Kennedy is said to have taken his child into his arms in an effort to take the child outside for some fresh air. Nothing is reported that could support a charge that he, by some purposeful act, abused the child or put the child in a situation that could reasonably be said to cause harm. Simple “alleged” head jostling won’t cut it. More is needed to support a child abuse charge.
END_OF_DOCUMENT_TOKEN_TO_BE_REPLACED

Father of the year voting in Tulsa, Oklahoma just got a little more interesting with the entry of William Todd Lewallen. Lewallen is charged with child abuse by neglect for locking his 18 month old little girl in a dog cage while he elected to nap with the help of narcotic pain killers and muscle relaxers. Lewallen is also said to have locked his 4 year old out of his home in temperatures in the low 40s.

Were Lewallen’s case in Florida he would be facing similar charges and potentially more. No doubt Lewallen would be charged with a count of Aggravated Child Abuse per Florida Statute 827.03(1)(a) and 827.03(2)(a). Florida accounts for this exact scenario, making the act of willfully and unlawfully caging a child a first degree felony, punishable by up to 30 years in prison, a $10,000 fine, in addition to many unpleasant evenings with new found Department of Corrections friends.

Along with Aggravated Child Abuse charges, Will the thrill would face Child Abuse by Neglect charges for negligently failing to provide his 4 year old with shelter and supervision, a third degree felony punishable by up to 5 years in prison and a $5,000 fine. If the State could prove Lewallen purposefully locked the 4 year old out of his house in low temperatures or with the expectation of low temperatures, the State could make a third degree felony count of Child Abuse by showing the act of locking the door as an “intentional act that could reasonably be expected to result in physical or mental injury to a child.”
END_OF_DOCUMENT_TOKEN_TO_BE_REPLACED