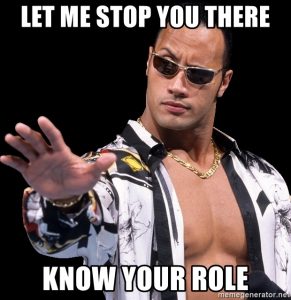 Nine times out of ten if a person is indicted in a Federal criminal case, they will most likely be charged in a conspiracy.  Generically, a conspiracy is nothing more than an agreement to commit some type of criminal act.  18 U.S.C. 371 is the most general form of conspiracy and requires the following to be proven in the 11th Circuit:

END_OF_DOCUMENT_TOKEN_TO_BE_REPLACED

Darth Vader of Death Star, Space, 45 years old, was indicted last week in the Middle District of Florida for allegedly violating the RICO act, Conspiracy, Committing Acts of Terrorism Transcending National Boundaries, Murder, loitering and prowling, and finally, wearing a mask on a public way. Mr. Vader has long been thought to be a vital cog in the “Dark Side” organization but has to date avoided capture or criminal charge, instead going unscathed while various ranking storm trooper underlings faced a variety of criminal charges including trespass and drunk and disorderly conduct. While the Federal Bureau of Investigation and the United States Attorney’s Office have remained tight-lipped with respect to the evidence against Vader, many believe this could be it for the Dark Lord.

While it may seem to many a slam-dunk to earn a conviction against Mr. Vader, Mr. Vader’s legal counsel doesn’t think so. When asked, Mr. Vader’s lead defense counsel, Tampa criminal attorney Jason Mayberry indicated that while it may indeed be more difficult to defend against the loitering and prowling charge, it may prove to be an uphill battle in proving the terrorism charge, given a lack of eyewitnesses to Mr. Vader himself ordering or committing any act of terrorism under 18 USC 2332b. With respect to a potential conspiracy charge under 18 USC 371, Mayberry points out that there are no known remaining witnesses to attest that there was agreement to achieve an unlawful objective, that Mr. Vader knowingly and voluntarily participated in the conspiracy, and that Mr. Vader committed an overt act in furtherance of the conspiracy. United States v. Brenson, 104 F.3d 1267 (11th Cir. 1997); United States v. Suba, 132 F.3d 662 (11th Cir. 1998); United States v. Hansen, 262 F3d 1217 (11th Cir. 2001).

As to a murder charge for the death of Obi-Wan “Ben” Kenobi, Mayberry cites a claim for self-defense within one’s home. According to Mayberry, “it appears clear that Mr. Kenobi entered Mr. Vader’s home with the intent to use deadly force against him. It was Mr. Kenobi who was committing the crime of burglary against Mr. Vader, who was simply using deadly force to defend himself and his friends against the deadly force planned against him by Mr. Kenobi and his lightsaber. Furthermore, there appears to be an argument for a motion to dismiss for lack of jurisdiction in the middle district.” To Mayberry’s point, there are no known treaties between the United States and the Death Star, nor does there appear to be any enabling statutes, akin to the United States Coast Guard patrolling international waters for narcotics, in effect. A quick review of past police reports find that Obi-Wan Kenobi does have a history of brutally attacking Darth Vader leading to severe injury.